Even with fewer luminaires the light level has increased, at the same time as the energy consumption as reduced

The school Folkungaskolan is a big, magnificent building in Linköping, built in the beginning of the 20th century. The school houses both elementary school and upper secondary school, with nearly 1200 students and a teaching staff of about 100 people. Already when the school was founded in 1914, it was said that the school would meet modern requirements for a healthy and good teaching environment.

The same is still relevant today, with continuous maintenance renovations and improvements to the school's premises. Most recently the interior has been renovated, wich also included to update the lighting. The old, worn-out lighting were to be replaced and upgraded to energy-efficient LED to create better lighting and a sound, good teaching environment for students and teachers, but also to reduce energy consumption.
This project started three years ago by initially installing the pendant luminaire Lezzon and the  lighting Znap in two classrooms. There was a noticeable improvement with the new lighting and the students and teachers who worked there were very satisfied with the result. And the ball was set to rolling. Gradually, in fits and starts, the classroom lighting has been replaced to Lezzon and Znap. In the corridors the Aura Lunaria Pro LED panel has been installed and the popular pendant luminaire Exzite was placed in the teachers rooms.

In conjunction with the installation of the new luminaires, lighting control has been installed in form of HF sensors, compared with before when it was only a on/off solution throughout the school. With the upgrade from the old luminaires with T8 fluorescent lamps to this LED solution with lighting control, the ernergy consumtion has been calculated to be reduce by 50 %.

- I have  worked with Aura Light for a long time now and always received good service and help with the light calculations, says Johan. Martin [Aura Light seller] comes here and we look at the project, hav a discussion and come up with a proposal. It's just for me to hand over the criterias and I'll get what I want.

Aura Lunaria Pro in the corridors

Exzite was installed in the teachers rooms 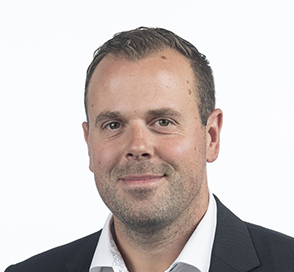 We use cookies in order to make your online experience and your interaction with our website as informative, relevant and user-friendly as possible. By using our site you approve this.